Giveaway and Spotlight of Other People's Houses

************
To celebrate the April 3, 2018, release date of OTHER PEOPLE'S HOUSES by Abbi Waxman, R. Ryanne Probst, Berkely Publishing, and Penguin Random House are offering one copy to one lucky USA reader.

Behind every closed door is an open secret. . .

A Most Anticipated Book of 2018 of InStyle, Elite Daily, PopSugar, and HelloGiggles

“Charming yet provocative. . . . This is a voyeuristic (in a nice way) and humorous trip through what is usually hidden behind closed doors. Waxman is a master at purveying the wry humor that rides just below the surface of even the tough times. An immensely enjoyable read.”—Kirkus Reviews“

A smart, thoughtful look at marriage and suburbia.”—PopSugar

“Once again, [Waxman] manages to take a far-reaching topic and sprinkle it with spicy dialogue, adorable kids, and characters who feel like best friends. . . Recommend to those who like to turn pages quickly without sacrificing complex characters.”—Booklist

“We absolutely adored [The Garden of Small Beginnings]. And if it’s possible, we’re even more in love with her much-anticipated follow-up, Other People’s Houses.”—Hello Giggles

IN HER 2017 DEBUT The Garden of Small Beginnings, Abbi Waxman tackled widowhood and grief with wicked honesty.

Readers fell in love with Waxman’s ability to wring humor from a sober situation, and the Lorelai Gilmore-esque widow at the center of the story.

The book, an Indie Next selection, became a cult favorite among independent booksellers, and was featured in The Washington Post, the Associated Press, Elle.com, and Woman’s World, among others.

************
In her second novel, Waxman again dares to take a dark situation and make it funny. IN OTHER PEOPLE’S HOUSES (Berkley Trade Paperback Original; April 3, 2018), she captures the hilarious havoc one affair wreaks on an upper middle-class LA neighborhood.

For Frances Bloom, driver-in-residence of her local carpool crew, school dropoff is a chaotic if not predictable affair. Until one of Frances’s steely-eyed kindergarten charges sends her to retrieve forgotten school supplies. That’s when Frances stumbles on her friend Anne Porter— perfect, impeccable Anne—having a 9:00 am quickie with a younger man who is definitely not her husband.

The affair exposes, to comedic effect, dormant insecurities, neuroses, and strife in the neighborhood. As the carpool line-up unravels one gossip session at a time, the novel alternates between the perspectives of the four families involved: the down-to-earth, level-headed Blooms; the seemingly perfect Porters; the eccentric lesbian couple Sara and Iris; and the mysterious Hortons, hiding a sad secret.

Waxman, a former ad copywriter, wields pitch-perfect dialogue, capturing how the chaotic aftermath of the affair plays out across the block behind closed doors, in scenarios alternately tender and preposterous. It will all lead up to the portentous return of Anne’s boyfriend, in a final plot turn that tests the carpool crew indelibly and forces their reliance on each other into alarming perspective.

Life in the carpool lane will never be the same. 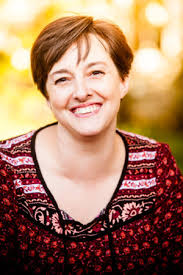 Abbi Waxman is a chocolate-loving, dog-loving woman who lives in Los Angeles and lies down as much as possible. She worked in advertising for many years, which is how she learned to write fiction. She has three daughters, three dogs, three cats, and one very patient husband.

She is the recipient of most helpful parent award from her daughter’s preschool. That was many years ago. But still.
************
The Giveaway:

I am partnering with Berkley|Penguin Random House for this giveaway.

CONGRATS TO APRIL FROM NEW MEXICO