Giveaway of The Child by Fiona Barton

I LOVE the new cover. 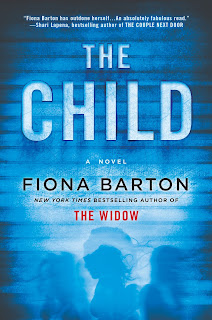 THE CHILD (Berkley Paperback Reprint; March 6, 2018) reaffirms Barton’s growing reputation as a writer of rich, character-driven suspense novels. Like Tana French, Louise Penny, and Megan Abbott, Barton’s stories do more than thrill: they explore the complexities of a changing world.

In a working class neighborhood of London, construction workers make a grisly discovery: the long-buried remains of a baby.  When a newspaper mention reveals the find, most readers barely give it a glance. But for two women, its threat to unearth hidden stories is impossible to ignore. For veteran reporter, Kate Waters (introduced in The Widow), it sparks the question “Who would bury a baby?” and starts a hunt for the truth about the nameless child. The story unfolds via the women’s alternating perspectives to eventually reveal: Who is Building Site Baby?

Though THE CHILD delivers an evocative look at the changing face of journalism, and a delicious plot twist, it is the characters’ haunting and rich emotional lives that set Barton apart and confirm her stature as a crime novelist of the first order.

An unsolved mystery resurfaced when a baby's skeleton was found at a building site.Along with the skeleton, three main characters emerge too.  Kate is a reporter investigating the story.  Emma is a nervous adult who became intrigued as well as possessed when she sees the story of the baby.  Angela is the mother whose baby disappeared more than 40 years ago never to be found.THE CHILD took a while to get interesting simply because it was a bit slow, and there were too many characters thrown in. I was lost with so many different characters and couldn't seem to figure out the connection until around half way through the book so don’t give up because it is worth the wait.As the pages turned and I reached the halfway point, the book started making a connection for me and kept my attention.  The mystery became intriguing.The characters seemed genuine for their roles, but something was odd and different about each of them.This was my first book by Ms. Barton so I imagine I needed to get used to her writing style and her attention to detail.There are some good twists to the story as well as some disturbing subjects that are addressed.All in all, THE CHILD is a good read that will keep you guessing. 4/5This book was given to me free of charge and without compensation by the publisher and NetGalley in return for an honest review.